The Maze Runner has been on my TBR list since 2011.  I think I added it because of all of the hype, but I never really read what it was about.  The story is set in a dystopian society that consists of only young boys.  For two years the boys have been living in the Glade, which is an open area surrounded by the maze walls, while trying to discover a way out of the maze.  Each month the creators send a new boy to live with them along with weekly shipments of supplies.  Their memories are erased prior to their arrival at the Glade, so they can't remember specifics about their past.  For example, they know what a movie is, but they can't think of a specific one.  They know they had parents, but they can't remember their names or what they looked like.

Shortly after Thomas's arrives at the Glade it becomes clear to just about everyone that there is something different about him.  While most "greenies" are scared to death and cry for weeks, he feels a connection with the place.  It is almost as if he has been here before.  To top things off, the Creators send a girl (Teresa) the following day with a note saying that she will be their final new member and that things are going to change.  While Thomas can't remember who she is or how he knows her, she looks familiar.

The comfortable lifestyle the boys had established over the past two year quickly turns to chaos.  Their supplies are cut off and the walls that closed every night like clockwork to protect them from the monsters that live in the maze suddenly stop closing.  One of them will die every night until they solve the maze.

Overall, I thought this was an excellent start to the series.  The boys have their own language of sorts, which took a little getting used to, but I found it humorous the more I read.  They were very intelligent and resourceful and you couldn't help but root for them.  There is quite a bit of action and violence towards the end and I quickly realized there wasn't going to be a happily ever after sort of ending.  This is only the beginning of what appears to be a series of tests and only the best of the best will survive.

I have a few other books that I need to read for Book Nerds read alongs, but I am anxious to read The Scorch Trials.  Hopefully I will be able to get to it next month.
Posted by Jacque at 9:31 AM 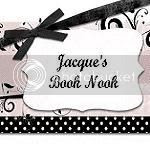